SKOS at the intersection of three disciplines 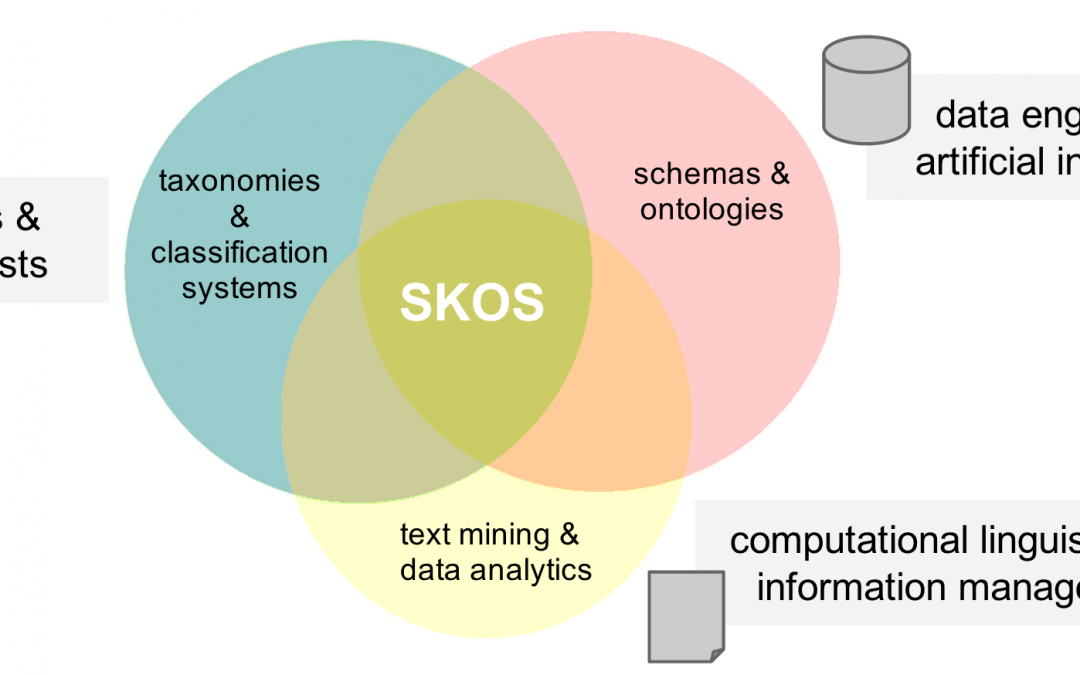 The Semantic Web has quickly learned from its very first years: Make things as simple as possible, but not simpler. With the Simple Knowledge Organization System W3C provides a core standard for the web of data: SKOS is at the intersection of three disciplines and their paradigms: Whilst librarians, taxonomists, and specialists in the fields of text mining and entity extraction have started to embrace SKOS, especially ‘ontologists’ from artificial intelligence community still remain skeptical about the capabilities of SKOS.

With the latest release of PoolParty Thesaurus Server a full-blown ontology management facility has been introduced which can now be used to extend expressivity of SKOS knowledge models. For instance, SKOS concepts can become any other type of resource and by that schemas of additional relations and attributes can be applied to the concept.

PoolParty’s philosophy is to support users with Simple Knowledge Organization Systems (SKOS) first, to let them grow instantly by using various mechanisms like ontologies, text corpus analysis or linked data enrichment. All of them can nicely be combined. Users benefit from a step to step approach, not being bothered by an overarching approach from the very initial step. Learn more >>>